When I first got sober, I thought my only problem was drinking and that once I stopped, everything in my life would just fall into place.  Much to my surprise, my social anxiety did not vanish.  Someone at work criticized me, and I went on an hour-long crying jag.  My new colleagues looked at each other in alarm as I tried to get ahold of myself.

Little did they know, my shakiness was a result of being newly sober. I now had new insight as to why I needed the steps, and I stuck close to the program.

Shortly after, my company sponsored a weekend away at a resort in Sonoma. The thought of being stuck with people I worked with for multiple days terrified me. But I wanted to be accepted, so I agreed to go.

My sobriety came first, so I worked out a plan with my sponsor that included her phone number and an escape plan if I needed it.

In my room at the resort, I changed my outfit multiple times and tried to ignore the butterflies in my stomach as I readied myself for the final dinner. I took my seat in the elegant dining room and soon found, much to my amazement, that I was enjoying myself!  Instead of thinking about how much wine I could or would have, I was getting to know people. I was laughing. I was having fun!

At the next table, I heard a colleague talking in a too-loud voice and 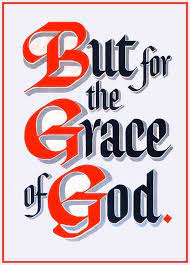 when I glanced over, I saw that she was gulping down wine at a very familiar rate.  Her mascara was smeared on one cheek, and her bra strap was slipping down her arm. I quickly looked away and said a little prayer, “Thank you God, that it isn’t me this time.”

How many times had I made a fool of myself at a work event?  I felt compassion for her as I imagined the shame and guilt she would be feeling the next morning.

That night they presented me with a special award for bringing the company into the 20th century. (It was 1988 and I had convinced them to buy their first fax machine.)

As I lay in bed that night, I had tears of gratitude in my eyes. I had made it through a difficult weekend, and I knew that that my new life was just beginning.

Janis’ home group is Practice These Principles, which meets Saturdays at 9am in Oakland.