“My last drink was a bottle of blue cheese salad dressing with wine flavoring. That was the only drink I can recall not finishing, because it did not work.”

There I was, waiting for my lunch at a downtown San Francisco restaurant. A shot of schnapps seemed like a good idea. I tossed it back and when I put the glass down, the city was gone. 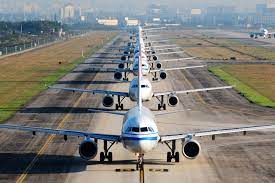 Outside the window was an airport where previously were skyscrapers. The airline ticket stub revealed I was 800 miles from home and two days had passed.  I was at the airport hotel bar in Portland waiting for the lingerie show to start. Tomorrow.

The room key in my pocket gave a view of bindles, bottles and pornography.  I had to call the boss with a reasonable excuse for absence that would not result in co-workers coming to my aid because I was not home, but would not be back to work for a couple more days.  I had to go back to the bar for another shot to settle my nerves. None of this was enough of a problem to quit drinking yet, I just did not make the connection between drinking and problems.

Later, I found myself coming out of a blackout behind the wheel of a police car. I was wearing only a tee-shirt.  Never mind the question of how that came about. My immediate concern was extricating myself. Pulling over to the side of the freeway, I found a pair of pants in the trunk and made my way home through the shadows. Never got caught but started seriously looking over my shoulder.

Powerlessness and unmanageability are the elements of Step One, illustrated here for posterity. My last drink was a bottle of blue cheese salad dressing with wine flavoring. That was the only drink I can recall not finishing, because it did not work. I was doomed, and a mess. I looked bad and smelled bad. I could not speak – only scream and cry. I hated me and I hated you.

room. Thinking I could get either pain or sleeping pills to doze forever, the intake nurse instead gave me a stack of schedules for 12-step meetings. They said to sober up, get the fog out of the brain and that the doctor could help with obvious mental problems.   I was overwhelmed by how many meetings there were. Every half hour every half mile, 0600 AM till midnight.  I picked the beginners meeting because that was me. I heard the speaker say, “It is okay not to drink.”

This was the first of many new ideas.  I bought a big book. I started to read it – and continue to do so. I started going to meetings every day and still go regularly. Today I can put words together and speak, tell my story and listen to yours with empathy and compassion.  I came to A.A. because life sucked and I did not want to drink.  I keep coming because life no longer sucks and I still do not want to drink. 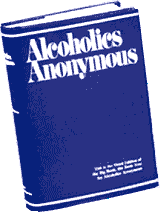 Ken’s home group is Practice These Principles, 9am on Saturdays in Oakland.