“I had reached a point where the act of being me made me not want to be me. And recreating my life meant accepting myself.”

Early on, I was lucky enough to have a sponsor who taught me gratitude. Things weren’t going as well as I thought they should; my life was missing some important ingredients—things I did not have but considered necessary.  Thankfully, I’ve forgotten what they were. 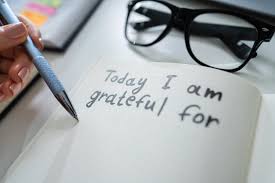 Alec, my sponsor, said ‘thanks’ every time he bit into an apple.  He told me he was grateful for the apple’s look, smell, taste and crunch.

He suggested I read The Doctor’s Opinion. I stopped where it says a spiritual recovery is necessary “… if they are to recreate their lives.”   I read the phrase over and over, put the book down, went back and read it again.

Recreating my life meant facing my inability to finish anything I started, and the sense of failure I’d carried around since being taken into care at the age of nine. I was completely unable to face the truth about myself, which I covered by blaming others and lying to myself, believing nothing mattered and nobody cared.

I had reached a point where the act of being me made me not want to be me.  And recreating my life meant accepting myself.

As an adult I had been living with and absolutely accepted decisions I had made when I was six years old. Those decisions were reinforced at nine and again at fourteen, then never reconsidered.

My childhood was pretty miserable, but the people I blamed were powerless.  So fault and blame were useless diversions; they led me into a thicket of misunderstanding. I had to examine what was, what had been and why things were that way, and to accept responsibility. Rather than excuse myself or dress my actions up in clothes of fancy reasoning, I had to face the one thing I avoided–the truth.

It meant there was no unfinished business.  I was no longer a victim and had to deal with my flagrant, unmanageable ego. 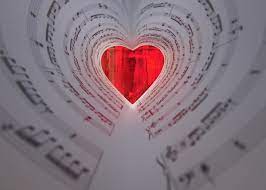 This started a kind of healing, or at least acceptance.  I was not the only heartbroken person in the world. I wasn’t the only one who had been abandoned, other people had greater, more significant losses than me. The loss of my father and the pain and consequences of that loss were not mine alone.  Eventually I saw that I had been caught up in self: my wants, my needs and my obsession with self meant I missed the most obvious thing. I was experiencing part of the human condition and with this came forgiveness. In that forgiveness was a slow realization, the presence of what I suppose I might call spirit.

Things rarely turn out the way we expect, so I tend to abandon things I can’t explain, things that are often too difficult to endure.  But here, the search is enough.  There’s a light that finds its way through and that light is comfort. That comfort is spiritual insofar as it carries a connection to something bigger than us, something we might neither understand or accept. But if we reach out, we can grow towards understanding.

A resident of Scotland, Carl has attended Old Timers, Mondays at noon, on Zoom, since early 2020 and Oakland Tuesday Night at 6:30 in person during past visits to Oakland.  Carl’s home group is The Friday into Saturday meeting, 10:30 PM, Glasgow, Scotland.