“Barriers to A.A. can be physical, mental, geographical, or other factors. We want to address anything that can hinder an alcoholic from participating in A.A….We ask…’Who isn’t here?'”

What is the Area 06 Accessibilities Committee?

Area 06 is California Northern Coastal Area, which extends from Santa Cruz to the Oregon border on the West Side of the Coastal Mountain Range. The Committee serves as a sharing session for accessibilities topics and supports accessibilities work at the district level. Barriers to A.A. can be physical, mental, geographical, or other factors. We want to address anything that can hinder an alcoholic from participating in A.A.

What are the responsibilities of the position?

As Chair of the Committee, I prepare the agenda and run the meeting. This involves sending the agenda and the previous month’s minutes to the Area Translation and Interpretation Committee, and distributing  these to the Accessibilities Committee members in Spanish and English. In the monthly Area Committee meeting (held on the fourth Saturday of the month) I give a brief report of what’s going on at the District Accessibilities Committee.

What made you decide to take the position? 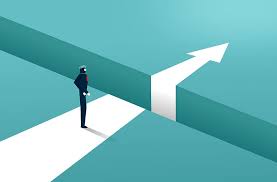 A lot of General Service work I’ve done in the past has been about the future of A.A., such as our publications and finances. This is really about being there for the alcoholic trying to come in now. We ask, “Are we truly welcoming to all?” and “Who isn’t here?”

Have there been any surprises?

It has certainly been an education in how broad the meaning of accessibilities can be. My first thought when I heard of the committee was probably wheelchair ramps, which are certainly important, but there is far more to consider. We try to think of anything that could be a barrier to people coming to meetings.

Have there been any opportunities for growth? Well, I certainly didn’t expect to be chairing an Area level committee, so there has already been growth just to be able to do that. As an A.A. member, I have tried to listen to others and respect those I may disagree with, but as the chair that is an absolute requirement. When I first came to A.A. meetings, I had to learn that the secretary was just a drunk like me. The same is true for people in positions that cover many meetings and fellowships. It’s exciting to see that I can be of service in ways I wasn’t ready for just a few year ago.